When Apple introduced the new iPad Air there were a lot of criticism for the idea. Why? Because if it really features the same 9.7 inch display yet it is lighter, thinner and more durable than the previous iPad generations, there must be some major flaws in it. There were comments on the build quality, horror stories how the new iPad can be broken in two like a biscuit and the worst of them all: The fear for lack of new beautiful features. Because something that light and small cannot have better features than the slightly bigger and a lot heavier iPad 4 for example. Wrong. Welcome to the 21st century oh ye of little faith, Apple has done it again. 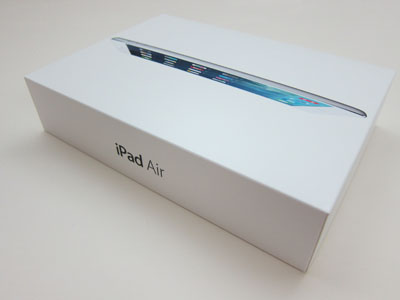 The new iPad is both sleek and beautiful in design, with features like the feathery weight of only 469 grams on the Wi-Fi version (4G version weighs 478g) and an unbroken line of beautiful aluminum finish. Well, almost unbroken, there’s the good old 3,5mm jack right in the middle of that euphoria of sleekness and beauty. 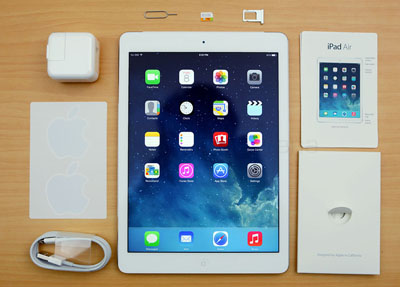 The one fear that came with the now 7,5mm thick generation five iPad, was that if it really is that thin, then how on earth does it not bend? You should be able to split it like a cracker. But, here is where Apple excels. Instead of aiming for those best and brightest techy specs, Apple appreciates the user experience the most. Let’s face it, Apple is a legend when it comes to designing (rather costly) user friendly devices that will do their job technically and amaze you visually. Nevertheless, it should be impossible to create something that weighs merely just over a pound and is only 7,5mm thick, and would not bend. The flex might have been the worst headache apple designers gave the engineers as a Christmas present a while ago, but the engineers pulled through. It just simply doesn’t flex. Go on, try and bend your iPad, I dare you. Now if you managed to break it in half, congratulations, that is one way to spend the five hundred bucks you probably spent for the Wi-Fi model. But I did not mean for you to start hammering it against a wall or reverse over it with a car. I simply meant to try and flex it a little with your hands. Now those of you who understood what I meant, it is nearly unbendable, isn’t it? Well of course it is. 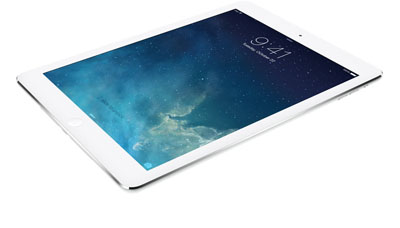 There is only one downside to the design and build aspect of the iPad, and it is the fact that the back of the iPad along with the sides will scratch very easily. Probably looking at them with menace in your eyes is enough to scratch the surface. Oh, and one more thing. Why is there not a fingerprint scanner on the thing? iPhone 5 has it, why not the iPad?

In conclusion the latest iPad does live up to the expectations and brings a more lighter, more beautiful and easy to use device to every home (who can afford it) on the planet. I’m very happy with it, and so should you.