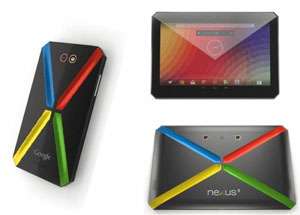 According to the site PhoneArena, unlike many today called on the newspapers, Google will not use the name Nexus smartphone Nexus 6 for its new generation by some confusion about trademark issues with family Philip K. Dick author. In the book “Do Androids Dream of Electric Sheep” (later made ​​into the movie Blade Runner) by Dick mentions the machine code is Nexus 6 Therefore, the next Google will avoid this name. Most likely it will use the internal name of Motorola, Nexus X, as the official name for the product launch code XT1100.
In addition, the source also said, Google is planning to continue the “secret” to launch similar products this year. Accordingly, the Nexus X will be “suddenly” appeared in the range around Halloween time (around May 10 or 11) without prior notice.
According to recently leaked information, the Nexus X will be built based on the Moto S with 5.9-inch screen has a resolution of 2K (1440 x 2560 pixels), using Snapdragon processor clocked quad core 805 2.7 GHz, after 13 MP camera with features optical image stabilization and a 2.1 MP front-facing camera.