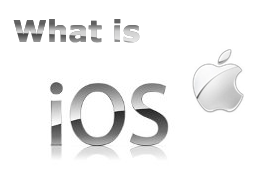 iOS is the operating system behind the interface of your iPhones, iPod touches and iPads. It is the single most efficient competitor to Google’s open source mobile operating system Android and it has become very popular among Apple fans. It also features one of the most extensive mobile application stores, as the App Store features more than 1.2 million iOS applications, around half of which are optimized for the iPad.

Apple advertises iOS as an easy to use and secure interface, which is true in its own sense, but it also lacks the customization that Android grants its users. In the more recent years Apple has gathered such a wide following and loyal fan base that the only Android OS manufacturer who has been able to create a product line that amasses such following as the iPhones is Samsung. They have managed to lure the customers to their Galaxy line of mobile devices and got them hooked on the quality and wide amount of features. They have also implemented their own version of the Android user system, which is what differentiates the iOS and Apple from Android and the manufacturers using it as the operating system in their devices.
All in all the iOS is simply put a highly sophisticated operating system for Apple phones, Tablets, the iPod touch and their Mac computers.